I love this chicken recipe. It is great when you make it and for leftovers. The chicken is so tender and juicy and just falls off the bone.

Directions:
Combine the lemon zest, lemon juice, garlic, thyme, rosemary, salt and pepper in a large zipper-lock plastic bag. Seal the bag and shake well to blend. Place the chicken pieces in the bag with the marinade, pressing out excess air and sealing once more. Refrigerate and let marinate for 2 hours.

Preheat the oven to 425˚ F. Remove the chicken pieces from the marinade and transfer to a baking dish, skin-side up, reserving the leftover marinade. Brush the top of each piece of chicken with melted butter.

Bake for 50-55 minutes, until the skins are crispy and well-browned. Halfway through baking, pour the remaining marinade over the chicken pieces in the baking dish. Once fully baked, cover loosely with foil and let rest 10 minutes before serving. Transfer to a serving platter, garnish with lemon slices and serve.

Source: adapted from Simply Recipes
Posted by Sarah Kuhner at 10:35 PM No comments: 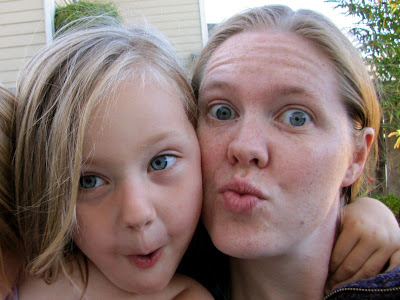 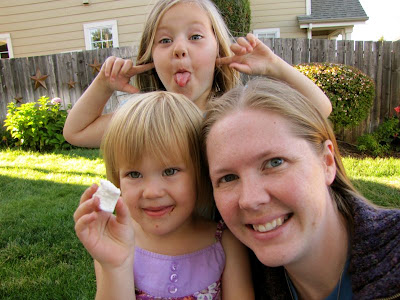 I am so thankful to God for letting me be diagnosed with Celiac disease. My diagnosis has changed my life so completely. My body feels so different, so free and so healthy for the first time since I can remember. This has not been an easy journey to say the least. But God has used it to draw me closer to Him. I share my story with you to encourage you to find the right answer when you don't think you have the right diagnosis.

Let me start at the beginning. I have always had digestive issues since I was a little girl. When I was at home eating home made healthy meals, normally I was fine. But ever time I was away from home on a missions trip or vacation I would always get sick. I dealt with constipation, diarrhea, fatigue and I felt aweful. I never knew why, I just dealt with it and moved on with my life. During nursing school I was diagnosed with migraines that got increasingly worse. When working at Children's Hospital in Oakland I would often barely make it home before throwing up and collapsing in bed with a severe migraine and fatigue. I lost so much weight and was down to barely 100 lbs. I had such fatigue all the time along with anemia that the doctors couldn't figure out. I was hospitalized in 2004 for two weeks with horrible stomach pain and non-stop throwing up. Every thing I ate made me sick. Since the doctors couldn't figure out the problem, they told me I was under too much stress and that was the cause of my sickness. Some implied it was all in my head. I went to doctor after doctor for years for my fatigue. I had to nap for 2-4 hours EVERY single day or I couldn't make it through the day. Most days by 10 or 11 am I was so fatigued I could barely feed the kids and make it to nap time. I was so irritable and snapping at them at times. I knew that food could make me feel better or worse, but couldn't figure out what food made me feel horrible. Little did I know that wheat (which is in everything) was making me feel so aweful. Five years ago I started gong to an amazing chiropractor multiple times a month to help control my migraines.

A year ago he kept encouraging me to get tested for a gluten intolerance. He was convinced that something was wrong with my body. My muscles were back to where they should have been-the spasms were gone. However, anything (2 minutes of working out or lifting something) would send my muscles into horrible spasms. They were not healing right. My chiropractor was concerned that I was not absorbing nutrients and so my body could not heal itself. 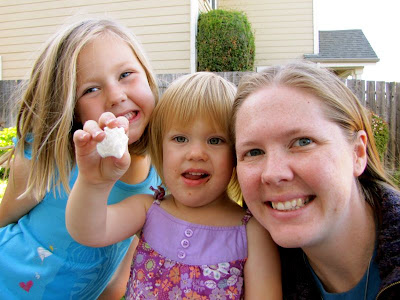 I didn't want to go on a gluten free diet-especially if I didnt' really need it. I didn't want to have something like that wrong with me. So I continued to eat the food that was poisoning me.

Two months ago I called my GI doctor and set up an appointment. On June 21st I saw him. He thought I had Irritable Bowel Syndrome and gave me some meds to take to feel better. (So many doctors diagnose Irritable Bowel Syndrome when they don't know what it is. Most Celiacs have had this diagnosis before actually being correctly diagnosed) I had to ask him to test me for Celiac disease. He looked very doubtful but finally ordered the blood test. I also discussed starting the gluten free diet. He said that I could try it to see if it helped at all. He had no info on gluten free diets. He told me if I could find a nutritionist, that he would refer me. He said, "I only deal with organs, not nutrition." Wow! I was kind of taken back that the doctor who dealt with the organs that absorb nutrients has no idea how to help support people that need help with nutrition. I was on my own. I am so thankful that there is sooo much information on the internet to support Celiac disease and starting on a gluten free diet.

Two weeks later, I got a call saying,"You have Celiac disease. Call back in a month and let us know if you feel better." That was it. No further testing to make sure it was Celiac (you should have a small intestine biopsy done). No tests run for nutritional deficiencys. So I got on the internet and started doing my research. I am so thankful that there is so much out there to support those with Celiac disease. I have a 5 page typed list of things that have gluten in them that I have to stay away from. I got a list of tests to run (which I had to ask my doctor to do). I have read lots of articles regarding the research out there and peoples testamonies.

It was a scary world to be thrown into at first. It was daunting trying to fix gluten free meals for the family that weren't just the same thing every night. Trying to come up with snacks that I could have on hand while everyone else had cake or cookies was a challenge too. Little by little I am getting an arsenal of my own. I now have a couple of cookbooks that are gluten free. I have emails from friends and family that have had to go on this diet (Thank-you so much Jaymie, Trish and Christine). I have a few lists from grocery stores and restaurants that have things that are safe for me to eat. Life is getting easier and so much better all the time.

It is amazing the change I feel in my body. My head is clear. I don't feel a "foggy brain" any more. I have tons of energy every day. Even going to work is different. I worked a 12 hour shift with a very, very sick baby. At times there was a doctor plus three nurses working on him to save his life. This normally would have given me a horrible migraine and I would have had difficultly making it through the shift. After 10 hours, I felt like I had just arrived and was still refreshed. My stomach pains, nausea, diarrhea, bloating and loud stomach noises are gone. My muscles feel different now. They are relaxed and healing well. The migaines are gone. A rash I had for seven years is gone. My irritability is gone. I feel so peaceful now. My whole body is different!! I am praising God for letting me be diagnosed and for taking me on this journey.

Once in awhile I eat something that is contaminated with gluten. Normally I can't even tell what I ate that was contaminated since all it takes is one crumb, one molecule, to make me sick. Last night I was enjoying a nice evening around the fire with my family. We were making smore's. I made one for each child using regular graham crackers. Then I made one for Chris. He didn't want a smore, just the marshmallow. So I cooked a marshmallow for me, made a smore with the chocolate and graham cracker set out for Chris and started eating it. Whoops! I took two bites before I realized what I had done. I gave the rest of the smore to Bekah (who was thrilled) and made a gluten free one. With in half an hour I had diarrhea, a splitting headache, tummy ache, and fatigue. I was too sick to even check facebook. It takes just about a full 24 hours to feel normal again. I certainly learned my lesson. i can never be too careful.

I really want to encourage you all to get tested if there is anyone in your family that has been diagnosed with Celiac disease. It runs in families and so you have a high chance of having it too. If you have digestive problems that are not clearly diagnosed you should also get tested. The key is that you have to be tested (blood work and biopsy) before you start a gluten free diet. Any test done after you start the diet will be negative since the tests look for damage caused by gluten. You may not have celiac disease, but a gluten intolerance. This is much more common but the blood test for Celiac disease would be negative. They have new tests out there that are way more specific that tests for intolerances. You must be your own advocate. So many doctors will just tell you it is this or that without doing any tests to make sure it is. Get a diagnosis and don't stop until you do. My whole life is changed and I will be living a much healthier life from now on. I praise my Lord and my God for allowing me to feel good and enjoy my time with my family.

I am so thrilled that I feel better and can really enjoy this time with my girls while they are young. 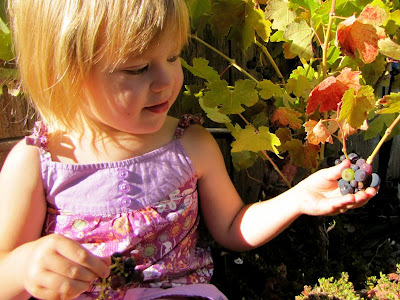 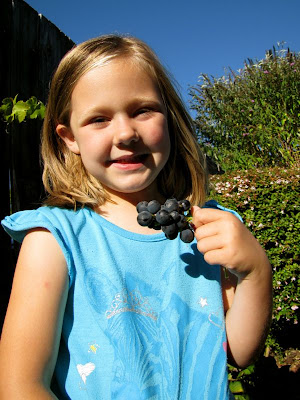